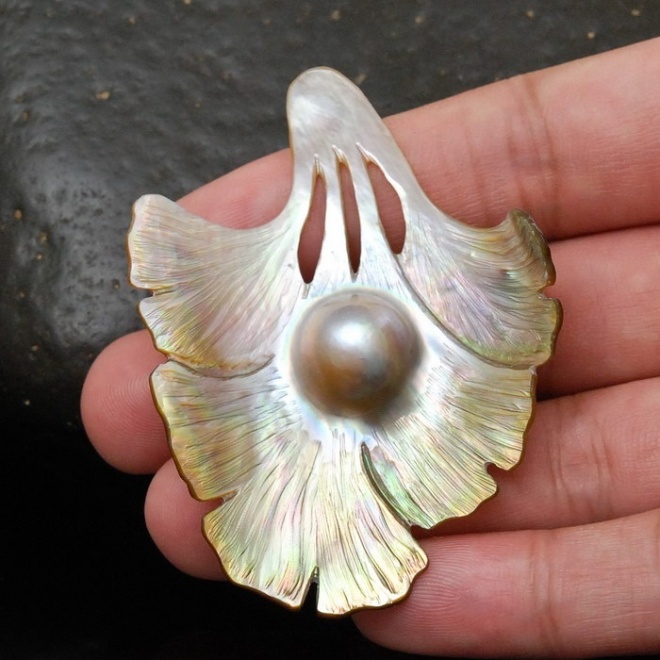 “poetry is not—except in a very limited sense—a form of self-expression. Who on earth supposes that the pearl expresses the oyster?”

For infants time is like a humming shell
Heard between sleep and sleep, wherein the shores
Foam-fringed, wind-fluted of the strange earth dwell
And the sea’s cavernous hunger faintly roars.
It is the humming pole of summer lanes
Whose sound quivers like heat-haze endlessly
Over the corn, over the poppied plains —
An emanation from the earth or sky.
Faintly they hear, through the womb’s lingering haze,
A rumour of that sea to which they are born:
They hear the ringing pole of summer days,
But need not know what hungers for the corn.
They are the lisping rushes in a stream —
Grace-notes of a profound, legato dream

In the last blog I ended with the question that arose from James Baldwin’s poem The Giver; does an artist give up something integral of themselves in giving their art to the world? I didn’t write it at the time, but what was also in my mind is does the same hold true of parents with their children and children with their parents? The greatest act of giving that we can provide to each other is to embrace independence, a belief that our greatest achievements are gifted to the world. But Cecil Day-Lewis’ quote above is equally true. Our children are not an expression of their parents, they are entirely of their own wonderful creation, we only provide a thin shell of protection along the way, their real beauty of their own volition.

March is coming in like a lion, a cold lion in Minneapolis.  It’s -9 F this morning, but the sun is shining and the snow is beautiful. Ice dams decorate every 1950’s era home in my neighborhood and despite the inconvenience of needing to warm up the car before heading out it’s awfully pretty in this big wintry world I live in.  I refuse to grumble about the snow and cold as I sleep most contentedly when its this chilly in a drafty old house next to my beautifully warm partner,  our bodies naturally needing the touch of the other in the night beneath the covers.   I think therapists should send feuding spouses to sleep in old farm houses in Minnesota as touch therapy as they would settle their differences pretty quickly in search of heat in the other’s arms.  If I could sleep every night in winter with my partner, I would get a much better nights sleep all the year round.

Enjoy this brisk Sunday and let your pearls out, whatever they maybe, to roll around freely to catch the sun in all their glory.

It is eighteen years ago, almost to the day –
A sunny day with leaves just turning,
The touch-lines new-ruled – since I watched you play
Your first game of football, then, like a satellite
Wrenched from its orbit, go drifting away

Behind a scatter of boys. I can see
You walking away from me towards the school
With the pathos of a half-fledged thing set free
Into a wilderness, the gait of one
Who finds no path where the path should be.

That hesitant figure, eddying away
Like a winged seed loosened from its parent stem,
Has something I never quite grasp to convey
About nature’s give-and-take – the small, the scorching
Ordeals which fire one’s irresolute clay.

I have had worse partings, but none that so
Gnaws at my mind still. Perhaps it is roughly
Saying what God alone could perfectly show –
How selfhood begins with a walking away,
And love is proved in the letting go.