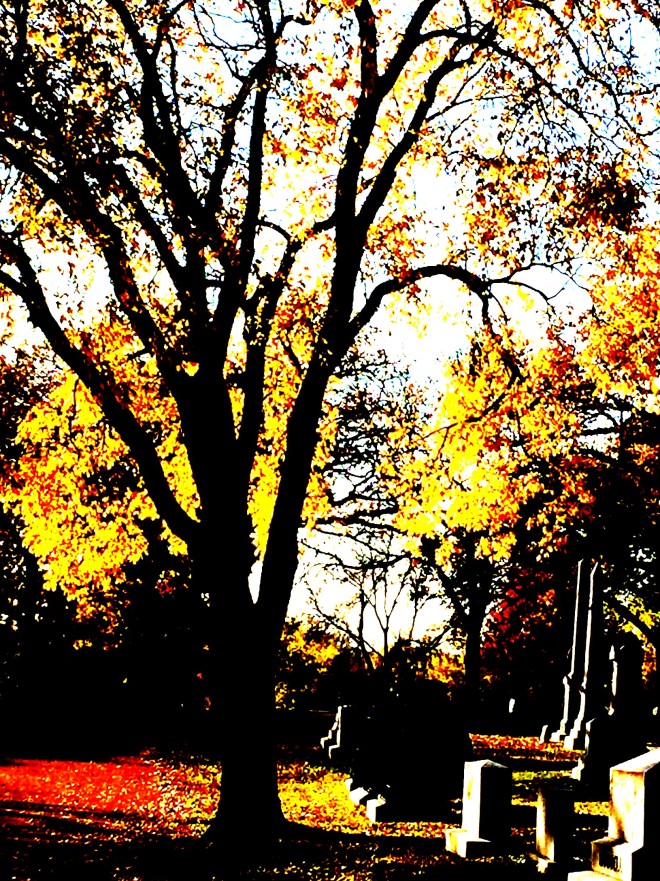 Behold that tree in autumn’s dim decay,
Stripped by the frequent chill and eddying wind;
Where yet some yellow lonely leaves we find
Lingering and trembling on the naked spray,
Twenty, perchance, for millions whirled away!
Emblem–alas too just!–of human kind:
Vain man expects longevity, designed
For few indeed; and their protracted day
–What is it worth that wisdom does not scorn?
The blasts of sickness, care, and grief appal,
That laid the friends in dust, whose natal morn
Rose near their own!–and solemn is the call;
Yet, like those weak, deserted leaves forlorn,
Shivering they cling to life and fear to fall.

Anna Seward had the good fortune to have a “room of one’s own” in every fashion that Virginia Wolf articulated brilliantly 150 years later. Anna was born into a liberal, relatively wealthy educated family and remained resolutely single her entire life.  Her father Thomas Seward, was a clergyman who wrote the poem “The Female Right To Literature” in which he penned:

Come then, Athenia, freely let us scan
The coward insults of that tyrant, man.
Self-prais’d, and grasping at despotick pow’r,
He looks on slav’ry as the female dow’r;

Go Thomas!   She inherited an income of 400 pounds a year after her father’s death and had the good sense to spend it on herself.   She traveled in eclectic circles with Erasmus Darwin, the grandfather of Charles Darwin,  and Sir Walter Scott both close friends.  Sir Walter Scott edited the complete anthology of her poetry in three volumes and oversaw it’s publishing following her death. Seward’s sonnets mix religious themes with the natural world or observations of everyday life. I have a feeling her Father and Sir Walter Scott would both be quite pleased that her poetry is still being read and enjoyed 200 years after her death.

Look not thou on beauty’s charming;
Sit thou still when kings are arming;
Taste not when the wine-cup glistens;
Speak not when the people listens;
Stop thine ear against the singer;
From the red gold keep thy finger;
Vacant heart and hand and eye,
Easy live and quiet die.

I love to rise ere gleams the tardy light,
Winter’s pale dawn; and as warm fires illume,
And cheerful tapers shine around the room,
Through misty windows bend the musing sight
Where, round the dusky lawn, the mansions white,
With shutters closed, peer faintly through the gloom,
That slow recedes; while yon gray spires assume,
Rising from their dark pile, an added height
By indistinctness given. Then to decree
The grateful thoughts to God, ere they unfold
To friendship or the Muse, or seek with glee
Wisdom’s rich page. Oh, hours more worth than gold
By whose blest use we lengthen life, and, free
From drear decays of age, outlive the old.

There is an advantage to being an amateur and not having a degree in English; literature remains a source of constant surprise. I don’t have the baggage of thinking I know very much and since my interest in sonnets is pure entertainment, I have no ponderous academic credentials weighing me down in my free time.  The internet makes it possible for me to uncover sonnets from throughout history with only a dogged curiosity required.

I discovered Anna Seward long before I wrote Gallant Ghosts, Undaunted. In the drafts of my sonnet I was careful to avoid any connection to December Morning.  As time went on I kept coming back to both poems. Originally I concluded mine with a different couplet at the end.  It was forced and wasn’t what I wanted to say.  I felt like I was creating an unnecessary barrier. Literature is filled with conscious and unconscious connections to writers work that have come before. The idea of originality can be debated endlessly with someone always able to point to the step in history upon which the avant-garde have risen.

I finally relented and consciously created a connection between the sonnets with the ending and the word illumine.  An old garret in England the perfect fictional setting for thinking back upon the end of a love affair within a modern sonnet.

I think of you, writing late in the nightfall
Revering your muse, as no other may place
Claims to a heart.  Forever a rightful
Palace of dreams,  once my saving grace.
What’s mine is yours,  our auspices blessed
By memories of loving which illumine my soul.
On Darkest Night(s) as you slowly undress,
recall my touch, though its loss be a toll.

Come gallant ghosts, lay down by my side
Undaunted: whisper poems long written for me.
Their haunting passion shall always reside
Deep in bruised hearts, a grand larceny.
Timeless this beauty, in mind’s eye I hold,
The feel of your lips and outlive the old.