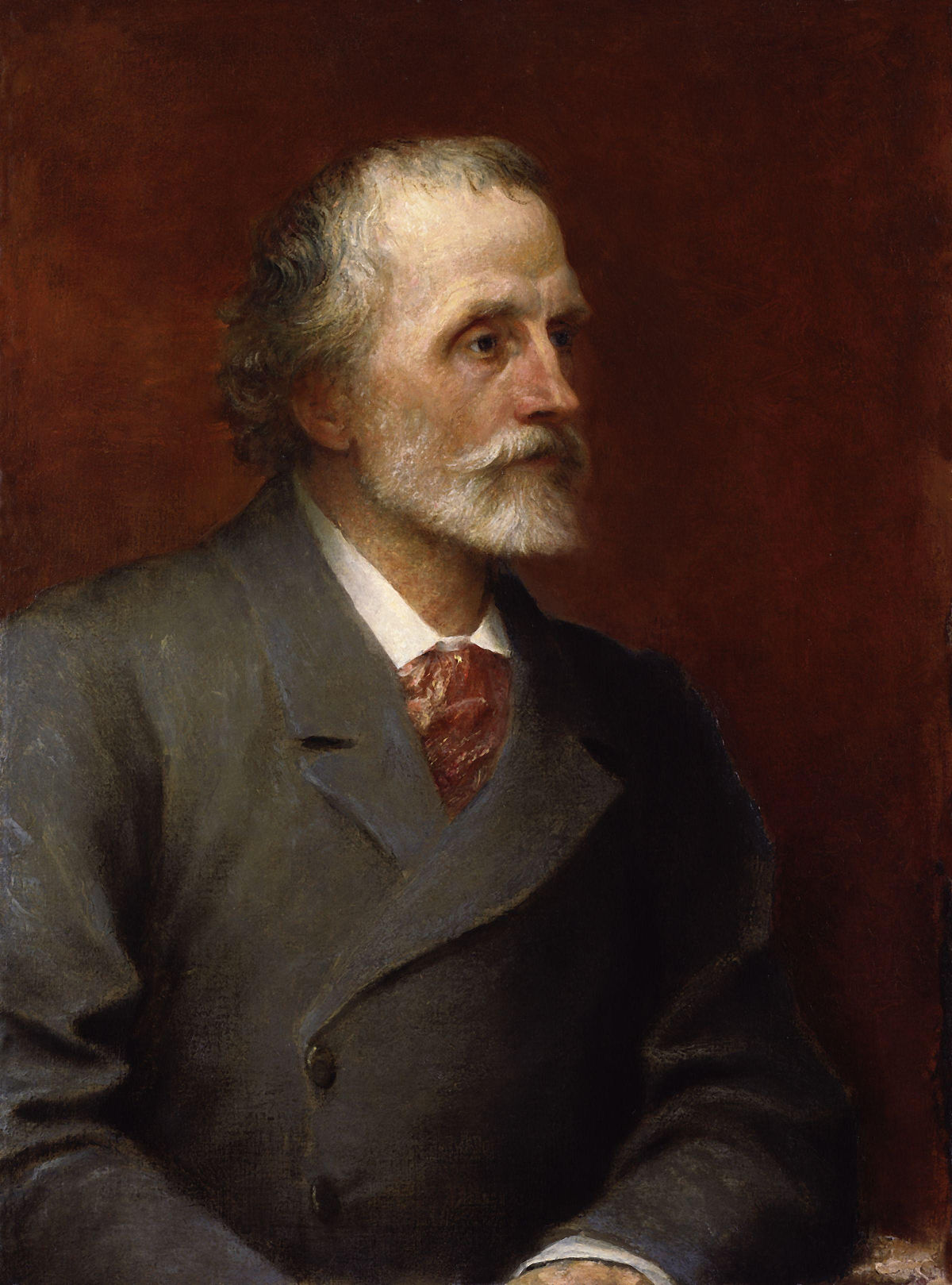 She issues radiant from her dressing-room,
Like one prepared to scale an upper sphere:
—By stirring up a lower, much I fear!
How deftly that oiled barber lays his bloom!
That long-shanked dapper Cupid with frisked curls
Can make known woman torturingly fair;
The gold-eyed serpent dwelling in rich hair,
Awakes beneath his magic whisks and twirls.
His art can take the eyes from out my head,
Until I see with eyes of other men;
While deeper knowledge crouches in its den,
And sends a spark up:—is it true we’re wed?
Yea! filthiness of body is most vile,
But faithlessness of heart I do hold worse.
The former, it were not so great a curse
To read on the steel-mirror of her smile.

George Meredith, like his contemporary Thomas Hardy, subsidized his poetry through success as a novelist. His most acclaimed novel, The Egoist, is both comedic and personal, a story of a man jilted by his first bride-to-be that illustrates the constrained and convoluted relationships between men and women in Victorian society. Although it was his novels that paid the bills during his lifetime, it is more his poetry that has kept him in front of readers today.

Modern Love consists of 50 separate poems, all are 16 lines with similar construction. Lines are typically 10 to 12 syllables in length and are sonnet like in their feel, as well as sonnet like in their content. Meredith uses the form to process the end of his first marriage and the sadness and disruption the crisis created. Each poem is a separate little drama. As a whole they are a bit chauvinistic but its hard to take the man out of his time. At the core of comedic conflict in The Egoist is the inequality between men and women in the Victorian era. However, scratching a little deeper, for me there is a sense of forgiveness in the entire endeavor, a forgiveness for himself and his wife and lover that rescues it into something honest and enduring.

Maybe I am attracted to these poems simply on the basis of their title – Modern Love. It creates the question in my mind as I read them – what is modern love? How different are we really from the 1850’s? Does how we relate to our partners change with time and the norms of society or is it more time-less in nature – the relationship between lovers? Every generation has to discover and in their way rediscover sex and then define the rules by which relationships and intimacy are to be lived. Meredith’s choice of words may feel a bit outdated, but the emotions on which they are based are modern – modern love.

In our old shipwrecked days there was an hour,
When in the firelight steadily aglow,
Joined slackly, we beheld the red chasm grow
Among the clicking coals. Our library-bower
That eve was left to us: and hushed we sat
As lovers to whom Time is whispering.
From sudden-opened doors we heard them sing:
The nodding elders mixed good wine with chat.
Well knew we that Life’s greatest treasure lay
With us, and of it was our talk. “Ah, yes!
Love dies!” I said: I never thought it less.
She yearned to me that sentence to unsay.
Then when the fire domed blackening, I found
Her cheek was salt against my kiss, and swift
Up the sharp scale of sobs her breast did lift:—
Now am I haunted by that taste! that sound!