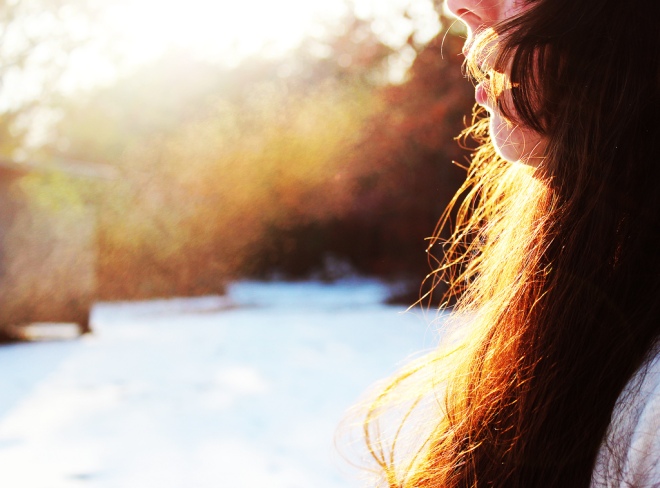 “Can there really be a form of verse where all that counts is the number of syllables in a line? No patterning of stress at all? What is the point?

Well, that is a fair and intelligent question and I congratulate myself for asking it.”

Stephen Fry, The Ode Less Travelled: Unlocking the Poet Within.

My mistress’ eyes are nothing like the sun;
Coral is far more red than her lips’ red;
If snow be white, why then her breasts are dun;
If hairs be wires, black wires grow on her head.
I have seen roses damasked, red and white,
But no such roses see I in her cheeks;
And in some perfumes is there more delight
Than in the breath that from my mistress reeks.
I love to hear her speak, yet well I know
That music hath a far more pleasing sound;
I grant I never saw a goddess go;
My mistress when she walks treads on the ground.
And yet, by heaven, I think my love as rare
As any she belied with false compare.

I think there is such a thing as Yin and Yang in poetry.  I don’t mean poetry written to articulate Chinese philosophy, like the Dao, but concepts around the construction of poetry that are diametrically opposed and almost become mirror opposites of each other during the creative process.

To many readers, rhyming poetry sounds old-fashioned.  To most living breathing poets, traditional forms of rhyming poetry is confining, too out of step with the current taste in poetry presented as cutting edge in MFA programs and journals. I like free verse, well at least some free verse.  I think free verse is amazing when in the hands of a talented writer.  I am a huge fan of William Carlos Williams, William Stafford, Robert Bly, Wallace Stevens, Ellen Bass, just to name a few, but I also think that a fellow Fry, (who is not a relation), summed it up pretty well when Stephen’s Fry declared that a fat lot of it is complete “arse-dribble.”  Poetry is in the ear of the beholder.   What I find compelling, other’s may find boring.  But I find that there is a sloppy, narcissistic quality to a wheel barrow full of free verse that I come across which turns me off in far less than 14 lines.  I particularly dislike the multi-page free verse poem that has not one meaningful thing to say to me, was written like an assignment from the poet’s shrink or divorce lawyer and is constructed like the concept of putting together pleasing sounds to read aloud was an after thought or actually repugnant to the writer. I give the The New Yorker magazine tons of credit for including poetry.  Each week I hopefully seek out the poems only to find that 70 percent of the time I read them and say with my inside voice; “barf.”  Am I that out of step with the rest of the world or is there something lacking?

How did we come to this point in literature, when for thousands of years, writers and listeners of poetry were grooving on rhymes and in the last 100 years, free verse has completely co-opted poetry as the dominant force? What caused this tectonic shift when rhyming poetry and poetic oral histories had relied on rhyme and meter to assist with memorization since preliterate society?

I don’t know, but my guess is that in the past 100 years, poets eager to be novel and find a unique voice have thrown the baby out with the bath water and the reading public’s response was a collective yawn.  There are no rock star poets anymore. The reading public by and large stopped reading poetry about the same time that free verse became dominant. (A cause and effect I do not think is relevant, but why not throw around trashy accusations anyways.) Some infamous wit that I recently came across said; “there is no greater publishing disaster than the first printing of a new author’s book of poetry.”

I have set up this blog with the intention for it to be part of an art project next summer where I will ask complete strangers two questions: “Do you have a favorite poem?  And Why?”.  I intend to create a log of their responses and to keep a counter of how many of their favorite poems are rhyming versus how many are free verse.   It will be interesting to see the results but I will wager that rhyming poems are going to win hands down.  Why?   Because we remember rhyming poetry, even if it is just a couple of lines, much easier than we remember free verse.  The human brain is wired to be attracted to rhymes, it globs on to them, and keeps them deep in the recesses of our memories. I am amazed to hear my 86 year old father recite rhyming poetry he learned in a one room school house in Iowa in the fifth grade.

There are many brilliant minds that forged the path of free verse, William Carlos Williams and Wallace Stephens both wrote eloquently on the nature of poetry, art and their vision of artistic expression.   I highly recommend Wallace Stephen’s essays on the subject, Necessary Angels.  Neither ventured into writing free verse recklessly.  It was  a life time pursuit based on a poetic ideal that they steadfastly executed with an artistic zeal. Given the back drop of WWI and WWII it is not surprising that poets in the 20th Century looked to find a new voice.

Charles Olson and Robert Creeley, members of the Black Mountain poets, together built on the foundations of free verse that had come in the generation before them and developed the concept of “projective verse,”  a poetry that shuns traditional forms in favor of a freely constructed verse that is shaped by the process of composing it. Olson called this process “composition by field,” and his essay  “Projective Verse,” was influential to poets in the 1950’s and beyond. Olson credited Creeley with articulating one of the basic principles of this new poetry: the idea that “form is never more than an extension of content.”  This declaration is the Yang to a sonnet’s Yin, where with a sonnet content never extends beyond the form.

I happen to not like Charles Olson’s poetry. I think it is a big over-indulgent helping of very intelligent scribbling.  Sorry Charles, I suspect that there is more than one doctoral thesis written somewhere that would beg to differ, but your writing does not speak to me, I can’t bear to drag myself to the finish line of a bit of it. However, I do like Robert Creeley. What does that say about my fickleness? It says, I like what I like and here’s one of Creeley’s I like.

All night the sound had
come back again,
and again falls
this quiet, persistent rain.

What am I to myself
that must be remembered,
insisted upon so often? Is it

that never the ease,
even the hardness,
of rain falling
will have for me

something other than this,
something not so insistent–
am I to be locked in this
final uneasiness.

Love, if you love me,
lie next to me.
Be, for me, like rain,
the getting out

of the tiredness, the fatuousness, the semi-
lust of intentional indifference.
Be wet
with a decent happiness.

One thought on “The Breath That From My Mistress Reeks”